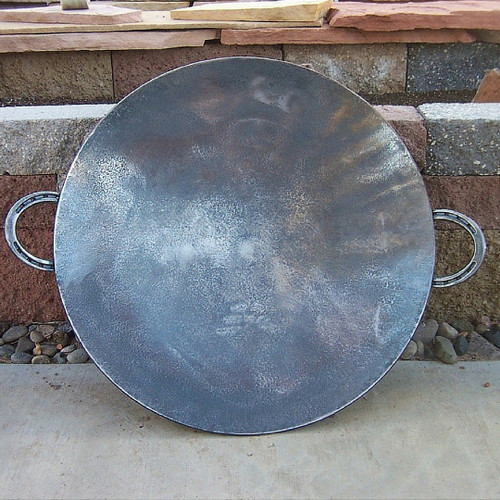 Santa Fe, New Mexico is the oldest capital city in North America and also the oldest European city west of the Mississippi.  Santa Fe is the site of both the oldest public building in America, the Palace of the Governors:, and the nation's oldest community celebration, the Santa Fe Fiesta, established in 1712 to remember the Spanish reconquest of New Mexico in the summer of 1692.  The city has been the capital for the Spanish "Kingdom of New Mexico," the Mexican province of Nuevo Mexico, the American territory of New Mexico (which contained what is today Arizona and New Mexico) and since 1912 the state of New Mexico.

Two mysteries surround the spiral staircase in the Loretto Chapel in Santa Fe: the identity of its builder and the physics of its construction.

When the Loretto Chapel was completed in 1878, there was no way to access the choir loft twenty-two feet above. Carpenters were called in to address the problem, but they all concluded access to the loft would have to be via ladder as a staircase would interfere with the interior space of the small Chapel.

Legend says that to find a solution to the seating problem, the Sisters of the Chapel made a novena to St. Joseph, the patron saint of carpenters. On the ninth and final day of prayer, a man appeared at the Chapel with a donkey and a toolbox looking for work. Months later, the elegant circular staircase was completed, and the carpenter disappeared without pay or thanks. After searching for the man (an ad even ran in the local newspaper) and finding no trace of him, some concluded that he was St. Joseph himself, having come in answer to the sisters' prayers.

The stairway's carpenter, whoever he was, built a magnificent structure. The design was innovative for the time and some of the design considerations still perplex experts today.

The staircase has two 360 degree turns and no visible means of support. Also, it is said that the staircase was built without nails...only wooden pegs. Questions also surround the number of stair risers relative to the height of the choir loft and about the types of wood and other materials used in the stairway's construction.